My heart pounded! I was about to test a life-long belief that, if correct, could cause my death—or close to it. A belief imparted to me as fact by people whom I trusted the most—my parents, all of my relatives on both sides, and literally every person I knew who claimed any knowledge on the subject.

Poke Greens, Pokeweed, Poke salad, salat, or sallett, as it is commonly referred to, was the first wild plant I learned to recognize as a child growing up in East Texas. I loved going into the woods on those Poke picking excursions each spring—but most of all, I loved the taste of those luscious greens. My mouth always watered impatiently as Mom performed the required ritual of preparation. Boil the greens for 15 to 20 minutes, drain off the water, rinse the greens, and then repeat the process a couple of more times. Necessary, she explained, to rid the toxic leaves of poison that could kill us. At first bite, everyone knew it was well worth the precautionary efforts and wait.

And there I sat, several decades later, scrutinizing the barely-cooked Poke greens that Juanita, our hostess, had brazenly placed on my plate.

She knew I’d not eaten Polk salad since moving to the West Coast many years earlier with my mother and siblings. She had promised my husband Jerry and me that if we’d make a stopover in Texas on our return trip from an East Coast business conference and spend the night with her and her family, she’d serve us those coveted greens. I could even help her pick them since they grew wild on their property!

Time flew by quickly after arriving from the airport that afternoon. As much as I enjoyed visiting with our friends, I worried as it got later and later. That evening’s dinner was my only chance to eat the anticipated delicacy and we hadn’t yet picked the greens. Finally, while picking the tender Poke shoots, I lamented that we probably wouldn’t have time now to prepare them. Juanita replied there was ample time since it took only a few minutes for them to cook.

Shocked and slack jawed, I suddenly straightened and stammered, “What? You’re not going to . . .”

“Boil them?” she finished. Then she laughed—sacrilegiously—at my horrified expression. “Kitty, that’s just an old wives’ tale.”

“No, it isn’t!!” I literally yelled. “Everyone knows you have to boil Poke salad—several times— to get rid of the poison!”

“That’s not true,” she insisted. “That’s what I used to believe, too, until I learned differently. I’ve prepared them for years now—the same way you do spinach—and we’re obviously alive and healthy. Believe me—it is an old wives’ tale.”

I trusted Juanita, a person of integrity who would never deliberately mislead or hurt anyone—not even for a practical joke. So, why would she lie about something this important? The fact, however, that she was standing there alive and healthy, as was her family back at the house, couldn’t be denied. She was living proof that what she said was true.

Strongly-held beliefs don’t die easily, so it took great faith for me to take that first bite. The moment I did, however, I tasted the difference.

My eyes widened as I exclaimed, “Wow, this is the most delicious Poke salad I’ve ever eaten in my entire life!” I looked at my husband, Jerry, who nodded in amazed agreement.

“Of course,” Juanita replied. “They still have their life-building vitamins and minerals—plus the flavor—which are lost when boiled and the nutrients thrown away.”

I was a believer! And so was Jerry.

Juanita had another surprise for me. She gifted me with an old suitcase and helped me pack it with Poke salad until we could barely close it. (We often wondered what the airport luggage handlers thought when they saw those greens!)

After arriving home, we shared our cherished Poke with Jerry’s southern-born parents and with my family as well. Reluctantly, they too accepted the truth about their favorite greens’ preparation—especially after tasting the delicious difference.

However, not everyone was easily convinced. Throughout the following years, when visiting families and friends in Texas, Arkansas, Oklahoma, and Alabama during Poke season, I excitedly tried to re-educate them about its preparation—but to no avail. I was allowed to help pick the greens but never to prepare them.

The one time I was permitted to cook the greens, only one Texas family member, out of about a dozen present, was brave enough to eat it. Even as he, Jerry and I consumed this delicacy, another family member quietly left the table and snuck off to his computer. Our meal was disrupted when he returned and loudly announced that I was wrong! Everything on the Internet substantiated that Poke salad, indeed, was toxic and required boiling, draining, and rinsing at least three times. The lone brave relative stopped eating, and with fork in mid-air, paled—likely mentally making out his will.

This can’t be! I thought. Surely the Internet info isn’t that archaic! I had to see for myself. The doubting Thomas proudly pointed out on the computer all the evidence stacked against me. Every item we researched touted the same old wives’ tale. There was only one contradictory statement, tucked away in a comment section. A lone female voice that cried out in the wilderness, “This is an old wives’ tale. Poke salad does not need to be boiled.”

I understood a little of what Columbus must have felt like after announcing the world was not flat—it was round. Why would anyone believe me when everything on the Internet validated the old wives’ tale which everyone else already believed?

That was almost 40 years ago. So, while writing this blog I again researched the Internet, certain that it would now reflect the truth. Amazingly, this old wives’ tale still reigns supremely! Wikipedia states:

Even WebMD declares in bold caps that “pokeweed is UNSAFE.”

Not to worry, however, on another site I found an antidote to Poke salad poison: “. . . drink lots of vinegar and eat about a pound of lard.”

(Note: I did find some very recent comments by several enlightened individuals on “poke salad – Cooks.com – Recipe Search and More” that testify to its safety)

So, what is my point?

To show how difficult it is to replace a common strongly-held belief with fact. This Poke salad anecdote bears out the old adage, “My mind’s made up, don’t confuse me with the facts.”

I now have a better insight into the minds of individuals who, throughout life, have clung possessively to certain beliefs—beliefs accepted as irrefutable facts. These sincere people are not stupid or stubborn—deliberately believing something they know to be untrue. They are simply living out their beliefs. I now understand where they are because of my own Poke salad experience.

I’m confident that responsible people don’t deliberately mislead children. They sincerely want the best for them and seek to protect them from what they believe to be harmful. Especially when it comes to spiritual matters. I’m sure adults are sincere when they train children to believe such things as: “Religion is merely a crutch for weak people,” (that’s what my father told me—because that’s what he believed), “There is no God” and “Jesus Christ was merely a good teacher and prophet.”

Or if they do accept the Bible’s proclamation that Christ is the Son of God, they insist “he hasn’t yet come”— declaring the one who died on the cross, was buried and rose again, to be an imposter. Nor can we ignore the “politically correct” and universal popular belief that “all religions are equal—just pick one and be sincere.”

Erroneous beliefs will continue throughout time unless individuals are challenged to seek the truth for themselves, experience it—and then proclaim it. Not simply parrot what they have always thought to be true. The good news is: strong belief systems can be changed—or validated—through personal experience brought about by a courageous desire to seek and taste the truth. Not always easy. But with supernatural help, it happens. Often. God promised in Jeremiah 29:13 (NIV) “You will seek Me, and find Me—when you search for Me with all your heart.”

For centuries, individuals (including me) have taken that faith-stretching step into the unknown by embracing spiritual Truth—and immediately experiencing the life-changing difference. A difference that, once experienced, can never be denied. Yet, this difference doesn’t just make life more palatable, it has eternal significance.

“It is always a much easier task to educate uneducated people than to re-educate the mis-educated.” –Herbert M. Shelton, Getting Well 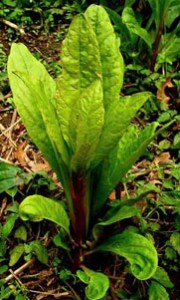