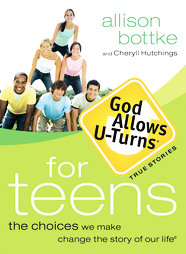 Free at Last
by Kitty Chappell
(excerpt below)

The cold, steel muzzle of my father’s gun pressed my temple, causing a sharp pain in my head. My heart began to race out of control.

“One of these days I am going to blow your head off,” he said in a calculated, convincing tone. “I’m sick and tired of your interfering.”

I should have been terrified, but I felt a supernatural peace. No longer did the desire to kill him fill and torment me as it had for years. I thought back over my last four years . . .

I had just turned fourteen when I started daydreaming about wrestling the gun away from my dad and shooting him. I thought it was the only way to stop him from killing me or anyone else in the house. Consumed and tortured by this thought, I prayed to the God of my maternal grandmother. “If you’re as powerful as Granny says, God, why don’t you do something?” Shortly after that prayer, someone invited me to church. To my surprise, my father, who said religion was a crutch for weaklings, did not stop me from going.

At church, the minister talked about God’s love and how God could be trusted to keep His word when He said, “For God so loved the world that he gave his one and only Son, that whoever believes in him shall not perish but have eternal life.” I knew that perish meant die, and I was convinced that my father might kill me.

“The best part of all,” the minister explained, “is that it doesn’t matter that you feel undeserving. God’s love and forgiveness are gifts. Through Christ His Son, God offers love, not judgment, and forgiveness, not condemnation.”
I knew a lot about feeling undeserving, unforgiven, and guilty; my dad had made sure of that. I felt like everything terrible he did was my fault. This new promise I heard was my only hope, I thought, bowing my head. As I prayed, God’s love filled me. That prayed seemed to change everything.

Dad stopped letting me attend church, but I continued to pray and study the Bible I was given. The Bible taught me to pray for those who hurt me, including Dad. It taught me I should love God, serve Him, and fear no man. I prayed I would get to attend church again. After some time passed, friends invited me to go with them to their church. I was surprised and thanked God when Dad let me go again.

A teacher who was open and honest about spiritual things said, “Life isn’t going to be perfect just because we are Christians. We still have to live in a sin-polluted world like everyone else.” Though things were not improving at home, I was growing spiritually.

I returned home from church that evening to find Dad beating Mom with his gun. Without thinking, I forced myself between them.

So here I was, about to turn eighteen in a few days, with my earthly father shoving a gun to my head, trusting my heavenly Father with my life. What could I say with a gun pressed to my head that would make a difference? Suddenly aware of the Bible I was clutching, I recalled God’s words: “Do not fear, for I am with you . . . I will strengthen you and help you.”

I raised my head and stared straight into my father’s eyes. My voice steady but soft, I said, “If that’s what you want to do, Dad, go ahead and pull the trigger. I am ready to die. I know I will go to heaven where you cannot hurt me anymore. But remember this: Someday you will stand before God and be held accountable for your actions.” He saw no fear in my eyes, but for the first time I saw a hint of fear in his. He lowered the gun. He never threatened me that way again.

I turned eighteen and made a choice to stay with my family, hoping to help protect them. A year later, my mom, brother, sister, and I fled from our home in Texas. We drove straight through to California; for enough away that we hoped Dad wouldn’t find us. But he did.

He started writing letters to Mom begging her to come back, swearing he had changed. After months of struggling on her own, it was easy for Mom to convince herself Dad had changed. By then, I had a job I liked and knew I could never live with my father again.

Mom agreed to let Dad come and get them during Christmas vacation. Our good-byes seemed as heavy and gray as that foggy morning. Maybe things would work out, I thought. After all, people could change-just look at me. As I tearfully hugged each of them, I couldn’t shake the uneasy feeling in the pit of my stomach. This sick feeling heightened when I endured a stiff, cold hug from my father.

My fifteen-year-old brother, Chuck, gave me a quick intense hug. Holding back tears, he crawled into the backseat and sat staring straight ahead like a zombie. When eleven-year-old Chris hugged me, she whispered, “I don’t want to go. I’m afraid.”

“I know, sweetheart,” I said tearfully. “But remember, I’ll be praying for all of you.” Her pale, frightened face pressed against the car window, Chris waved in slow motion until Dad’s blue Ford disappeared from my sight.

Several nights later I received a phone call in which I learned my mother was in the hospital, not expected to live. While Chuck and Chris lay sleeping in their rooms at the back of the house, Dad had beaten Mother in the head with a hammer and left her for dead. The police found and arrested him the next morning.

Mom survived, but it was over a month before she was well enough to leave the hospital. When Dad finally came to trial, his plea was temporary insanity. Like salt in a wound, the defense falsely accused my mother and me of being prostitutes to better my dad’s case. Accusing eyes from every direction in the courtroom glared at us. My anger and bitterness increased with each lie my father spoke during his testimony.

Please help us, Lord,” I prayed over and over as we waited for the verdict. Hours later, Dad was found guilty of premeditated attempted murder. He was sentenced to three and a half years in prison.

After the trial, my Mom, siblings and I moved away. Finally, freedom, except I had become a prisoner-a prisoner of bitterness. I loved God. I knew no rational person could blame God for the evil choices people make; but that knowledge did not stop my all-consuming hatred for my dad. As the hate festered, it took the joy out of my life. I did not understand why I felt so old and lifeless at twenty. God’s word nudged me toward forgiveness, but I refused.

Then God reminded me through His word that I hadn’t deserved His forgiveness, either. Even if I wanted to, I felt it was humanly impossible for me to forgive Dad. I remembered something else, too. God took my bitter heart and gave me a new one when I accepted Christ. I felt no fear the time Dad pressed his gun to my head. That certainly seemed humanly impossible, I reasoned. God had helped me so much already; surely He could help me forgive. I wanted with all my heart to obey God, yet I couldn’t imagine forgiving the man who brutalized my family. I knew God would never force me to do anything against my will, so I prayed, “Help me, Lord, to want to forgive Dad.”

A few months later, a powerful desire to choose to forgive my father suddenly enveloped me. My tears washed away the last remnant of resentment as I whispered to an empty room, “I forgive you, Dad, for everything.”

At last I was free. Forever.

Published in God Allows U-Turns for Teens compiled by Allison Bottke and Cheryl Hutchings; released by Bethany House in 2006. (p 12)