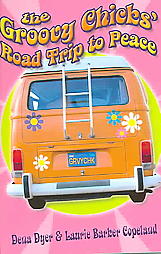 Be What’s Missing
by Kitty Chappell
(excerpt below)

Where is that cashier?

Irritated, I glanced at my watch. I barely had enough time to eat my tacos-if I ever got them-and then dash back to the hospital where I worked.

Once again I’d cut it too close, trying to get too much done in too little time. But I could still make it back to work in time if people would cooperate. I looked around the nearly empty fast-food restaurant. The assembly line workers were busy making tacos for the “to go” window. The aroma of frying beef and spices, mingled with the fresh smell of onions and tomatoes, tantalized my salivary glands.

I glanced around again, but the cashier was nowhere in sight. A woman whom I guessed to be about my age stood wiping the far end of the counter with a towel. When she thought I wasn’t looking, she scrutinized me with sad, dark eyes.
Well, you’d think she could at least call the cashier for me!

I waited, drumming my fingers on the counter. The woman with the towel pushed a wisp of gray hair from her lined forehead and attacked the counter with renewed vigor.

This is ridiculous! I thought. I’ve been standing here, the only person in line, for at least three or four minutes. I could understand if they were busy-where IS that cashier?

I glanced again at my watch. Management is going to hear about this, I decided. I am going to write a scathing letter about the lack of service in this place!

But just as I mentally formulated my letter, I had a memory of Rosie, a former coworker of mine. Standing there, frustrated, I heard her sweet voice admonish me: “Be what’s missing.”

“What do you mean ‘Be what’s missing’?” I had asked the first time I heard her use that phrase.

“Whenever you find yourself in an unpleasant situation,” she explained, “just think about what is missing.”

I had frowned in contemplation as I chewed on her words. “That makes sense,” I admitted. But I added, “It sounds simple, Rosie, but it’s definitely not easy to do.” Yet I had to admit I admired her ability to live what she verbalized.

And here I was in an unpleasant situation. How am I supposed to “be what’s missing?” I wondered. I know-I’ll just jump behind the counter, take my own order, and apologize to me for making me wait.

The haggard woman, who had wiped the counter until it shone, laid down her towel and ambled slowly toward the cash register. With tilted head, defiant eyes, and deliberately paced words she asked, “May I help you?”

My emotional temperature jumped off the chart. So you’re the cashier? I wanted to scream. Yes, you can help me by letting me chew you out for being so rude and making me wait! Before I could respond, however, I again heard Rosie’s voice: “Be what’s missing.”

I took a deep breath. Looking at the woman more closely, I was struck by our differences. I was well dressed and had driven up in a late-model car, clearly visible through the restaurant window. And it was clear I was in a hurry to be waited on-by someone who was no doubt, over-worked, underappreciated, and underpaid.

She looks tired, I thought. She must feel that life is unfair. If so, we shared a bond. I sometimes felt that way myself.

I recalled my anger that very morning at a physician who had treated me poorly. “Just because he’s a doctor doesn’t mean ‘his lordship’ shouldn’t treat me like a human,” I had fumed to a coworker.

With Rosie’s words ringing in my head, I gave the woman my order . . . and smiled. “How are you today?”

My question seemed to surprise her. She eyed me suspiciously for a second before answering. “Not too good. It’s been a lousy day.”

“I’m sorry,” I said. “I hope it gets better-starting right now.”

She almost smiled as she looked at me. “Thanks. I hope you’re right.”

I mused as I ate my tacos. We’re all the same, really. We have problems and irritations, we feel mistreated, we get tired, and we hurt.

And we need to be nicer to each other, I concluded.

When I finished eating, I placed everything in my tray and wiped the table more thoroughly than usual. After emptying the tray and replacing it neatly on the stand, I walked toward the door. Midway, I stopped and glanced back toward the counter. The cashier was watching me. But this time, a broad smile replaced her frown. She waved an enthusiastic good-bye as I pushed open the door.

Driving away, I realized I’d been nurtured not only by my favorite fast food, but also by a truth that nourishes the soul; truth given by Jesus long ago: “Do to others as you would have them do to you” (Luke 6:31).
In other words, “Be what’s missing.”