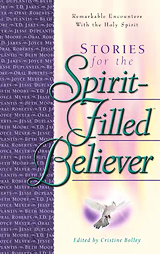 Now I Understand
by Kitty Chappell
(excerpt below)

I liked transcribing, but not full time. When I worked “on-call” status, I could work around my Christian speaking engagements and my writing. But circumstances had changed. When my husband, Jerry, quit his job and started his own business, we lost our benefits. To obtain health insurance, I now worked full-time, but I missed the speaking engagements.

I reasoned with the Lord, “My mind understands, but my heart doesn’t. It longs to serve You, Lord. If only there were a key to unlock my door of frustration.”

After finishing a rushed transcription and sending it to the patient’s floor, I sighed and noted Betty’s* empty desk. It was her day off. I recalled that first morning when she shuffled into the department behind Linda and was introduced. Though she came highly qualified, her appearance was unkempt-sloppy clothes, stringy hair, and no makeup. I smiled at her, but my emotions were mixed when she was assigned the desk next to mine. Her appearance wasn’t her only unattractive characteristic. Caustic and argumentative, she’d ask me my opinion and then debate my response.

“I don’t know why she asks,” I complained to Jerry. “She never agrees with me. Whatever the subject-from vitamins to Christianity-it’s always the same. She argues and I pray.”

When we typed reports of alcohol-related injuries, Betty always reacted strongly. “Drunks ought to be locked up and the key thrown away.” Turning to me, she’d snarl, “Don’t you agree?”

“They should be punished, of course, and compelled to undergo rehabilitation before they’re allowed to drive again,” I said. “It is terrible that innocent people are hurt and killed. However,” I added gently, “it’s also tragic for drunken drivers. Many are good people who buy into the lie that there are benefits to drinking alcohol-and they live the rest of their lives with guilt for maiming or killing someone.”

“Yeah, sure! Try explaining that to the innocent victims!”

Despite Betty’s crusty nature, we became friends and enjoyed evening meals together in the cafeteria. I noted a gradual improvement in her appearance and attitude.

Sitting in the cafeteria that evening, I thought, I’m glad I’m alone tonight. Then I looked up and saw Betty approaching my table with her tray.

“Don’t tell me you’ve come on your night off just to have dinner with me!” I teased.

“That’s right. I’m here to celebrate, and to give you something,” she said, tossing a key onto the table.

I picked up the key and looked at her blankly. “New car?”

“Sobriety, One Year.” I shrugged.

“Don’t you know what that is?”

“I received that today for being sober for one year.”

“I’m an alcoholic. I joined Alcoholics Anonymous a year ago after starting to work here. You’ve been my ‘spiritual mentor.’ Without you I wouldn’t have made it. I’m giving this to you.”

“How could I be your spiritual mentor? I didn’t even know you were an alcoholic.”

“I know. I didn’t want someone to just say spiritual things. I wanted someone to care for me as I was. Since my first day here you’ve accepted me and treated me with loving respect. Even though,” she added, “I must have driven you crazy at times.”

“I don’t understand. How could you learn from me when I didn’t know about your problem?”

“Just by talking with you and observing you, I’ve received all the spiritual counsel I need. You never downgrade anyone and you look for the best in people. I was married to an abusive alcoholic for years. We divorced just before I moved here, and I tried to drown my pain in alcohol. Each time I lambasted drunks I was really berating myself. I hated myself and sought punishment, but you refused to cooperate. You never let me put myself down. You said, ‘I wouldn’t tolerate anyone else saying bad things about you, nor will I tolerate it from you.’ Your compassionate responses helped me to see that everyone has value, even me. How could I ask for a better spiritual mentor?”

Driving home, something bothered me. “Lord, I’ve been scrutinized by Betty for a year and didn’t know it,” I complained. I could’ve blown it at any time, and I wouldn’t have known that either! Who else is watching me? This pressure only adds to my frustration of working. I don’t understand.”

Later, I understood that I must learn to trust God as much as He trusts me. I had been given the key I had asked for in the midst of my frustration. His trust is a gift-Betty’s key was evidence of that gift and was the real reason I was there.

Many are the plans in a man’s heart, but it is the Lord’s purpose that prevails.
Proverbs 19:21

Lord, Thank You for allowing me to show Your power, and to proclaim Your name throughout my world.
Amen