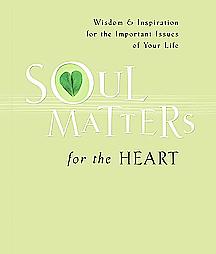 The Question That Changed My Life
by Kitty Chappell
(excerpt below)

“I never lacked for anything as an only child, nor was I abused. But my parents never hugged me, never said they loved me, and never praised me. I am very successful-but still, no praise. They robbed me of something every child needs and it would have cost them nothing.” Tear slipped beneath her lashes. “No, I won’t forgive them!”

As a women’s speaker who often talks about forgiveness, I was strangely touched by her tearful conclusion, recalling my own past resentments.

I was nineteen years old when I was asked to grant an unfathomable forgiveness.

Following church, an older woman stopped me to chat. Suddenly she asked, “Have you forgiven your father?”

My father was in jail waiting transport to the state prison for the premeditated attempted murder of my mother.
Mom’s head wounds aren’t even healed-how dare she even suggest forgiveness!

I mumbled something about how I didn’t think I’d have to worry since my father would never ask my forgiveness for anything.

“You’re probably right, but you still need to forgive him.”

“Why should I do that? I’ve lived in fear all of my life for my mother and younger siblings. Dad bragged how he’d kill us, claim temporary insanity, and get away with it if we tried to leave. And he was sentenced to only three and a half years for premeditated attempted murder! Is that justice? No, I won’t forgive him!”

“I understand, but you still need to forgive him.”

“I’d like to know just who would expect me to do that!”

I glared at her, then ran down the steps.

Our house sold quickly and our hurting family moved from Texas to beautiful Southern California. This is the new beginning I need-now I can be happy! I thought.

But I wasn’t. I felt moody, depressed, and angry. The woman’s question popped into my mind. “Have you forgiven your father?” I tried to ignore it, but it seemed that every time I opened the Bible, it spoke of forgiveness. “Forgive, if you have anything against anyone.” And again: “Father, forgive them,” Jesus pled from the cross.

Even the books I read chided me. “Forgiveness is not an emotion,” Corrie ten Boom wrote as a survivor of a World War II concentration camp, “it is an act of the will.” She explained that she couldn’t forgive through her on strength, but with God’s help she did.

Some months later, I was overwhelmed with a sudden desire to forgive my father-I really wanted to. I whispered, “I forgive you, Dad, for everything!” My tears flowed freely, washing away all of my resentment.

I thank God for that woman’s unwelcome question, for it led me to freedom.