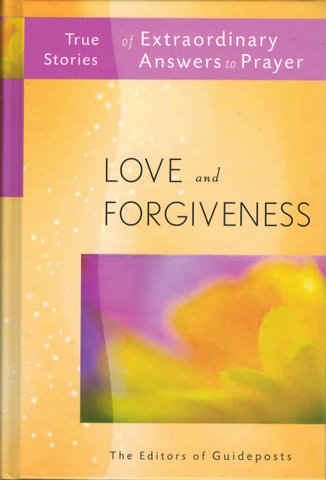 Do I Have to Love Everyone?

by Kitty Chappell
(excerpt below)

I liked transcribing medical records at the hospital where I worked on the evening shift, but I did not like Jane. What made it worse, she sat at the desk in front of me—a constant reminder of my dislike.

One evening, after seething all afternoon from one of Jane’s abrasive remarks, I was suddenly stabbed by a painful thought. In the Bible, Christians are told to love everyone. Mentally I grumbled, Lord, how can I be expected to love Jane when she is so unlovable?

We had nothing in common. I was a Christian and who knows what she was. I only knew she was caustic, judgmental, and argumentative. She’d ask my opinion, and then debate my every response.

She had rigid ideas about all things—especially alcoholics. We often typed reports of people who were injured in alcohol-related auto accidents, and she never missed an opportunity to expound her views. “Every drunk driver who kills someone in an accident should automatically get the death sentence—or at least get locked up with the keys thrown away where they can’t hurt anyone else!”

One afternoon, after again loudly verbalizing her ideas on this subject—to the whole department—Jane turned to me and demanded, “Don’t you agree, Kitty?”

I hesitated as she glared at me, waiting.

“Yes,” I answered softly, “Drunk drivers should certainly be held accountable for their actions, tried, and sentenced. But I believe they should go through mandatory rehabilitation before being allowed to drive again.”

“Oh, rehab,” she snorted. “That would be a waste of time. Most of them have already been down that road and it didn’t work. They’re all bums!”

“Jane,” I said, sighing, “Not all alcoholics are bums. And even the bums, as you call them, are human beings. Many are good people who have just bought into the lie that there are benefits in drinking alcohol.

“Personally, I can’t think of one benefit, but that’s beside the point, because many obviously do—and then some get into accidents that hurt or kill people.”

Her glare was steady as I continued. “Of course, it’s terrible that innocent victims suffer, but so do the drunken drivers. They have to live the rest of their lives knowing that they maimed or killed someone.”

“Oh, poor babies. I doubt they lose a night’s sleep over it!” she huffed. “And try explaining that to the victims and their families,” she sneered, turning back to her work.

She’s hopeless, I thought. Why was she placed next to me, Lord? After all, there are other empty desks!

Two months earlier, after the co-worker who had previously occupied Jane’s desk moved to another city, I prayed for God to send just the right person to fill that chair. I had hoped He would bring a lovely, easy-going person with a heart longing for spiritual truths. I believed in the power of prayer and had trusted God to answer mine—but now, I was having serious doubts.

I recalled the frosty winter morning Jane shuffled in behind Jessica, our manager. As I listened to Jessica introduce our new transcriptionist, I assessed Jane’s appearance.

Although she came highly qualified, with degrees that several of us lacked, her clothes belied her introduction. Her heavy unbuttoned overcoat showed a large stain near the bottom. She wore a faded shirt, and her baggy pants were wrinkled all the way to where they drooped down tiredly over scuffed, masculine shoes. Dark, lackluster, stringy hair partially hid a stoic, pale face free of makeup.

Well, I hope her work is of better quality than her appearance, I thought, because she certainly is needed.

Our community hospital overflowed with patients that winter. We were short-staffed and consistently had to work overtime.

As the manager led Jane in my direction, I stiffened.

Oh, no! She’s going to be sitting next to me! I soon learned that Jane’s appearance wasn’t her only unattractive characteristic.

“I have no idea why Jane is always asking my opinion,” I complained to my husband, Jerry, as we enjoyed a late Saturday morning breakfast of ham and eggs. “She never agrees with me. Regardless of the subject, from vitamins to religion, it’s always the same. She asks, I answer, she argues, and then I pray for God to give me patience.

“I’m sure she has some good qualities down deep, everyone does, but for the life of me I haven’t seen any.” After sipping my French vanilla coffee, I added, “She’s the most cantankerous person I’ve ever met!”

Despite my efforts of kindness, my dislike for Jane grew so much that it was hard to be civil. I was miserable and decided I had to do something about my problem. So I took it to the top.

“Lord, please help me love Jane. You tell us in the Bible to love our neighbors as ourselves—and even to love our enemies and pray for them. And if You tell us to do something, that must mean You believe we can.

“If it were impossible for us to love as You tell us to, then You would not be a good father. Telling us to do something You know we can’t do and then holding us accountable for not doing it would be bad—and Scripture tells us God is good.

“So I know You really expect me to love Jane. But I can’t do it by myself—I need Your help. Will You please put a love in my heart for her? I will do my part by not mentally criticizing her, and I’ll work harder at being kind.” This became my daily prayer.

As the months passed, and my prayers persisted, little by little Jane’s attitude softened toward me.

Despite her crusty nature, which now bothered me less and less, we gradually became friends. I actually enjoyed sitting next to her and we started spending our breaks and evening meals together in the cafeteria.

As time passed, I noticed other changes in Jane besides an improved attitude. She bought new clothes, got a new hair style and perm, and started wearing makeup. She didn’t slouch and there was a spring to her step. She was quite attractive.

As I sat in the cafeteria alone one Friday evening, Jane’s night off, I looked up and saw her heading toward my table with a dinner tray. She was radiant and, I noted, wore a new outfit.

“Don’t tell me,” I joked. “You missed me so much on your day off that you made a special trip just to have dinner with me.”

“Something like that,” she said, grinning. “I’m here so you can help me celebrate. Plus, I couldn’t wait to give you something,” she said.

She tossed a key onto the table. I picked it up, and then looked at her blankly.

“No—read the words on the key,” she said, beaming.

“Sobriety, One Year,” I read out loud.

“Don’t you know what that is?” she asked.

“I received that this afternoon for being sober for one year.”

“I’m an alcoholic. I joined Alcoholics Anonymous a year ago after starting to work here. You’ve been my ‘spiritual mentor.’ Without you I’d never have made it—that’s why I’m giving you this key.”

“How could I be your spiritual mentor,” I stammered, “when I didn’t even know you were an alcoholic? And why me?”

“First, I didn’t want you to know. Second, I didn’t want just anyone as my mentor, especially someone who might just toss religious platitudes at me, and expect things of me I couldn’t live up to.”

She placed her hand over mine. “I wanted someone to love me just as I was. Since I’ve been here, you’ve accepted me and treated me with respect. Even though,” she added with a grin, “there must have been times when I drove you nuts.”

I was stunned. “I still don’t understand. How could you learn anything from me when I didn’t even know about your problem?”

“Just by talking with you and observing you, I received all the spiritual counsel I needed. You are never unfair, always defend everybody, never play favorites, and always look for the best in people. That meant a lot to me.

“You see, I was married to an abusive alcoholic for years who always put me down. We finally divorced six months before I moved here, and I found myself trying to drown my pain in alcohol. I was a functioning alcoholic, but in my heart I knew I was just like my ex-husband—a no-good drunk—and I hated myself for it. Each time I lambasted drunks I was really berating myself.”

“Another time you even said, ‘Jane, I want to tell you something. Of all the zillions of people God has created or will ever create, He created only one you because He loves you. You are very special to Him—and to me.’

“Your responses helped me see that everyone has value—even me. How could I ask for a better spiritual mentor?”

Driving home that night, with the special key in my purse, I couldn’t help but cry all the way. Not in frustration, as I had done so many times after first meeting Jane, but in gratitude and deep joy.

God had indeed answered my prayer when He gave me a love for someone who was unlovely. Just as He had loved me the first time we met.