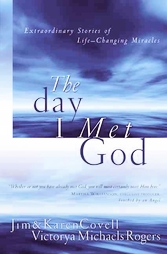 Free to Forgive
by Kitty Chappell
(excerpt below)

Children begin by loving their parents;
As they grow older they judge them;
Sometimes they forgive them.
- OSCAR WILDE

When I was fourteen years old, I decided to shoot my father.

I believed that it was the only way my mom, my younger brother and sister, and I could be free of him. He had threatened that if we ever told anyone that he physically abuse us, he would kill us and plead temporary insanity. “I’ll get away with it because my community will never convict me,” he would state calmly. Since he was well liked and respected in our little town of Texarkana, Texas, we knew that no one would believe our word over his. So I decided that the next time he threatened us, I would somehow get the gun from him, pull the trigger, and end our misery.

One day, I was invited to church. Surprisingly, my father let me go. I couldn’t believe what I heard when the minister read from John 3:16 in the Bible: “For God so loved the world that he gave his one and only Son, that whoever believes in him shall not perish but have eternal life.”

I had heard about Jesus from my maternal grandmother, who was a devout Christian. I always felt safe in her home because of the peace and love there. But my earthly father didn’t love me, so how could I expect a heavenly father to love me? And how could I trust a God who says that He loves me and yet lets my own father hurt me. Besides my doubts, I knew that I was undeserving, especially since I harbored the evil plan to kill my father. How could God love somebody like me, much less forgive me? Nevertheless, I deeply longed for God’s love.

The minister went on to explain that no one deserves God’s love and forgiveness. It is a gift. He read again from the Bible, this time Ephesians 2:8-9: “For it is by grace you have been saved, through faith . . . it is the gift of God-not by works.”

Then a strange thing happened. The minister stopped, looked up from his old black Bible, and said, “Whoever has to include you because God is not a liar!” I was stunned. Then it had to be true. A God that loving wouldn’t deliberately leave someone out, so His invitation had to include me.

As I prayed quietly in my heart, God’s love entered my life. It felt as if He washed away all my sin and replaced it with an amazing peace. That day I became the child of a perfect father-my new heavenly Father-who promised never to leave me or forsake me, no matter what.

At home, however, things only got worse as Dad’s abuse became more frequent. I was able to bear it because Jesus had begun to transform me, and I responded differently to the same horrible circumstances. Instead of planning to kill Dad, I began praying for him and treating him with more respect. The only think I couldn’t do was to forgive him for destroying all of our lives. That was asking too much.

When I was nineteen, we went on a rare family outing to a state park. Dad took Mom for a walk in the woods while my brother and sister and I played with our cousins. A short time later we heard screams. As a crowd gathered, I saw Mom run from the woods, stumbling toward me with blood streaming down the side of her face. A familiar feeling of terror and anger engulfed me as my mother sobbed out her story of how Dad had become angry and beaten her on the head with a rock. Moments later Dad appeared. He stated calmly that Mom was hysterical and that she had simply fallen.

That was when we knew that we had to get away or would never survive. But how? After her wounds had healed somewhat, Mom asked Dad if she could visit her sister in California to recuperate. Dad happily let her go-alone.
School started shortly after Mom went to her sister’s. This was my second year as secretary to the local elementary school.

Midmorning the phone rang-it was Mom.

She cut me short. “Kitty, check your sister and brother out of school and come home immediately,” she whispered into the phone. “We are going to California, and we’ve got to get out of her fast before your dad catches us. Hurry!”

“Your aunt and cousin drove me here. They’re going to help us. Hurry!”

Suddenly, I stood at a crossroads. I knew we couldn’t let anyone know where we were going for fear that Dad would find us. Still, I couldn’t help but think of my dear friends, I would have to leave them all suddenly without even saying good-bye. But how could my family make it without me? Mom had only a fourth-grade education, and she didn’t know how to drive. I loved my family more than life itself. I would rather die than abandon them.

I called my little sister out of class and then rushed to my brother’s school and picked him up. With pounding hearts, we packed all we could into our family car, met the others, and fled nonstop to California. I was terrified all the way and kept look8ing in the rearview mirror, expecting to see Dad barreling down upon us at any moment.

My father did find us, just as he had always said he would. He convinced my mother that he had changed, and she and my brother and sister moved back home. Not long after, in the middle of the night, he proceeded with his premeditated plan. He took a hammer and, repeatedly and methodically, beat my mother in the head until he was sure she was dead. Mom barely survived.

The State of Texas charged my father with premeditated attempted murder, and when Dad finally came to trial, he pled temporary insanity, just as he had said he would. As a basis for his plea, the defense attorneys accused Mom and me of being prostitutes in our home. They said that our immoral behavior had prompted my father’s action. Who wouldn’t have believed this kind-looking man sitting on the stand, tears streaming down his face as he lied about coming home one evening and finding his wife in bed with another man? And how it broke his heart to learn that his lovely daughter was a prostitute? The courtroom was packed and Mom and I were humiliated beyond belief. It was one of the darkest times in my life.

My father was ultimately convicted of attempted premeditated murder and sent to prison for three and a half years. We were free, at least for a while. But were we?

It was some time later-weeks, maybe a month-I’m not sure. But I do remember exactly how it happened. One day I was suddenly overtaken with an overwhelming desire to forgive my father.

I was cleaning house one Saturday morning, humming a song as I finished dusting. As I turned to replace a delicate figurine on the shelf, I realized that I was filled with pure compassion for my father. I had not even been thinking about him. I was enjoying our new life of freedom. This glorious and strong desire to wipe away the bitterness toward my father happened so quickly that I just broke down crying. I heard my voice say to the empty room, “Dad, I really do want to forgive you-and I do. I forgive you for everything.”
At that moment, my heart broke free from its heavy burden of resentment, and my spirit soared heavenward on wings of forgiveness. Once again, God had heard and answered my prayer, and a miracle happened.

My father was released from prison a year early because of “good behavior.” We lived in fear that he would come back to us, and we jumped every time the doorbell or the phone rang. But thankfully, he never showed up again.

One day, more than three decades after I had last seen him, I received a letter from Dad saying that he had remarried and had a son. He asked me to forgive him for the past. It took me three days to compose my response. In my letter, I listed all of the heartaches he had caused me. “Dad, I’m pleased you ask my forgiveness,” I wrote. “And though I forgave you years ago, I list your wrongs only to show the extent of my forgiveness. The one whose forgiveness you should ask, however, is God. You see, Dad, I can forgive you for the wrongs you’ve done to me, but only God can forgive you of your sins.”

After almost a year of correspondence by mail, Dad pleaded with me, again by letter, to visit him. “Your brother Chuck brought his family to see me. Isn’t it time for you and your sister, Chris, to visit me as well?”

My husband and I, along with Chris and her husband, Everett, decided to respond to Dad’s request, and we made the three-hour drive to his home. My heart pounded as we stepped into his house. What can possibly happen after all these years? I thought. What will I feel about him? Why am I doing this?

Dad appeared to be just as cunning as when I had last seen him. I suspected that his plea for forgiveness had been merely a way to reestablish contact. Only God knew the truth, but this time I felt sorry for Dad. He was an old man trying to snatch a few precious moments with the children he had previously abused.

I recall sitting there in the living room with Dad, his second wife, our half-brother, and his wife. This has to be a miracle, I thought. To sit here in the presence of the man I once hated and feared so much that I planned to kill him and now feel nothing but compassion and peace. As I talked with my father that evening, I knew that I was the one who was really free-free to go on with my life.

Sadly, Dad never found God’s forgiveness and was never truly set free. Almost a year after our visit, in one of his mad rages, he murdered his second wife and then shot himself.

This miracle of forgiveness was possible for me only because one day over forty years earlier, as I was on a path to destruction, I met God-and it changed the direction of my life forever.