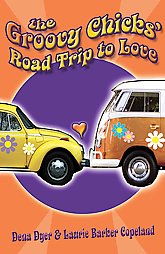 It happened without warning. From the corner of my eye, I saw Jerry turn and look at me. As he sat there gazing, the lights from the movie screen flickered across his face and my heart sank. I recognized that look. Jerry had just been hit by Cupid’s love-tipped arrow.

Oh, no! I thought. I never should have started dating him!

I rarely dated non-Christians. I believed God’s admonition in 2 Corinthians regarding marriage: “Do not be yoked together with unbelievers . . . What does a believer have in common with an unbeliever?” To marry a non-believer would be like trying to mix oil and water. Besides, how could I ask the Holy Spirit to work in the heart of my husband if it didn’t belong to God?

As director of our small church choir, I was often introduced to young men dragged to church by their mothers in hopes that they might be attracted to the blond choir director-and maybe take a more serious look at their spiritual needs. Mrs. Chappell was no exception. After introducing her son Jerry to me one Mother’s Day, we started dating.
Neither Jerry nor I wanted a serious relationship. My dream was to go to college and he wanted to start his own business. And we both knew I would never marry a man who wasn’t a Christian, which he wasn’t. So we relaxed and had wonderful times together. He taught me to bowl. We enjoyed church outings, beach parties, grunion hunting, and miniature golf. And he came to church-regularly. Everything was great until Cupid hit him that night.

Well, what should I do now? I wondered. I really enjoyed his company, but I knew it wasn’t fair to continue dating him. A week later, I gently explained the spiritual wisdom of our parting to Jerry. He wasn’t happy, but he understood and accepted the news graciously. I spent the next long weeks missing him, but determined to stick to my decision.

One evening my phone rang. It was Jerry. I hope he’s not calling to try and get together again. After light chit-chat, Jerry paused, and then asked,

“How do you boil potatoes?”

Following his discharge from the Marines, Jerry had moved back home with his parents where he paid them for rent and food. But his folks were out of town and he had to fend for himself in the kitchen. After instructing him in this simple procedure, I sensed he had more on his mind.

Finally, he stammered, “I need to talk with you about something.”

Suspecting the “something” involved me, I braced myself, planning my response. I was unprepared for his next statement.

“I want to become a Christian.”

Trying to get at the truth without sounding harsh, I said, “That’s strange. You’ve been attending church constantly for months since we first met and now, all of a sudden-after we’ve broken up-you’re interested in becoming a Christian?”

Jerry fell silent. Did I offend him by my honesty? I wondered.

“It’s true. I don’t want to stop seeing you,” he admitted. “But this is much more important. This is an issue I must address, even if we never date again. This is about my eternity, not my love life.” I sensed the urgency in his voice. “But I need help.”

“Just pray, ask forgiveness, and invite the Lord to come into your life and He will,” I replied, trying to shake off my suspicion. “You know all the scriptures as well as I do. You don’t need me or anyone else to help you become a Christian.”

My heart softened. “Would you like to meet me at church? I have a key. We can pray together.”

We walked the aisle to the front of the sanctuary and sat in the front row. Jerry sat stiffly, forehead furrowed, fingers drumming silently on his armrest.

“What are you thinking right now?” I asked gently.

“I know I need Christ and I want Him in my life because of this emptiness,” he said, touching his chest. “After we broke up I thought I felt empty just because I missed you. Then I remembered everything I’d learned these past months- how we are born with a God-shaped vacuum that only God can fill, that we can reach him only through Christ, and how Christ loved us and gave His life for us.” He continued, “I know that if I don’t accept Christ I’ll be separated from God and all that is good for eternity and I’d still be empty.”

He looked at me and grinned.

My heart quickened. What’s happening to me? I asked myself, puzzled.

“Even though you’re an adorable blonde, I don’t think even you could fill this emptiness,” he said. “Only God can do that. So what do we do next?”

“Just talk to God like you’re talking to me. Be honest. Ask Him to forgive your sins. Tell Him you want to give your life to Him.”

Unclasping his hands, Jerry slowly bent forward. Looking at me sideways, he said, “That’s the part that bothers me.”

“The part about giving my life to Christ.”

“I thought that’s what you wanted,” I replied.

“I do. But I’m afraid if I give my life to Christ I will never have any more fun.”

I squelched a desire to laugh. “Why on earth do you think you’ll never have any fun as a Christian?”

“Well,” he explained, “some of the best times in my life were when I drank with my buddies. We let our hair down. In the Marines we guys always drank-and usually got drunk. Later, we’d sit around and relive our escapades and have a good laugh.” He added, honestly, “Though I rarely drink now, I like those memories and would miss being able to do that.”

Lord, what do I say now? I prayed. Drinking or not drinking isn’t what’s at stake here. I know your salvation has nothing to do with good or bad habits, but Jerry doesn’t-this is an important issue with him. I need help, Lord!

Flipping through my Bible, I read:
‘Therefore, if any man be in Christ, he is a new creature: old things are passed away, behold all things are become new.’ (2 Corinthians 5:17 KJV)

Out loud, I said, “Jerry, when we become new creatures we develop new desires. Don’t worry about what you might give up; think about what you’ll gain. Life is often about letting go of old things to make room for the new.”

He stared at me intently. Don’t get distracted by those blue eyes, I cautioned myself.

“For example,” I continued, “when you get married, you’ll have to give up your old girlfriends.”

“What!” he exclaimed, in mock horror.

Ignoring him, I continued. “When a man marries, he starts a new and exciting life that includes a wife-one whom he loves enough to make a lifelong commitment. He wants to give up his single lifestyle and develop new desires to do things that will please his wife and not just himself. He’ll cultivate new habits by including her in all decision-making, when before he just did what he wanted.”

“However,” I continued. “If on his wedding day he obsesses about all the things he’ll be expected to give up, then he’d better not get married. He’s not ready.”

I placed my Bible on the pew between us. “That’s how it is with a commitment to Christ. You better want him in your life so much that you are ready to put him first, regardless of what he might expect of you.”

“I understand,” said Jerry, “I really am ready.” He flashed that irresistible smile, “I was just having pre-marital jitters.”

“Are you ready to take the plunge now that we’re through with your spiritual premarital counseling?” I asked, also grinning.

We knelt side by side in the quietness. A strange stillness filled the room, as though all of heaven held its breath.

“God, I really do want you in my life. I’m sorry for all my sins. I do want to become a new person in you. Help me to trust you and not be afraid of the future. Please take away this emptiness that I’ve been trying to fill with earthly things and fill me with your love . . .”

In the stillness, he continued to pray-and pray, and pray. He shifted positions and struggled for new words.

“I don’t know,” he whispered back.

We arose and sat again in the pews. I took his hand. His blue eyes were clouded with confusion.

“I don’t understand-I prayed and nothing happened.”

“What did you expect to happen?”

“I expected to become a Christian.”

“What makes you think you didn’t?”

“Because I didn’t feel anything-aren’t you supposed to feel something?”

“Were you sincere when you asked God to forgive your sins and come into your life?

“Do you believe the scripture that says, ‘Everyone who calls on the name of the Lord will be saved?’ And the one that says, ‘. . .Though your sins are like scarlet, they shall be as white as snow.”

“And the verse that says, ‘If we confess our sins, he is faithful and just and will forgive us our sins and purify us from all unrighteousness’?”

“Because if you do, then you are a Christian. Is God a liar?”

“Well, since he said he’d do all these things when a person comes to him in sincerity, and since you say that you were sincere when you prayed to Him, and neither you nor God is lying, then you must be a Christian.”

His face suddenly relaxed. “That’s right,” he said, beaming. “I guess I am. But why don’t I feel anything?”

“Spiritual rebirth is a unique personal experience. Each of us has our own personality, so not all spiritual experiences are the same. Some people feel bolts of joy and exhilaration and some an immediate lifting of burdens and a strong assurance that they now belong to God. That’s how I felt. Others feel nothing at the time but later experience an affirmation of their decision. In some way, and in his time, God will reveal to you that your experience is real. Just trust him to keep his promises.”

“And,” I added, “don’t go listening to the devil when he comes lurking around telling you that nothing really happened. He wants you to think that you just imagined it and that you’re a fool for even thinking such things, but he’s a liar.”

“Scripture tells us that the angels rejoice when someone becomes a Christian. Since they are rejoicing now, why don’t we? Let’s go for a coke!”

After church the following Sunday, Jerry whispered “It happened! Last night I suddenly had this feeling-like love being poured all over me-and my heart filled with unbelievable peace. You were right! God gave me a feeling that validated my experience-in his time. Thank you, for all of your help.”

I gave Jerry a long hug, and whispered my gratitude to God. At that moment, however, only God knew that I had just hugged my future husband- a husband of 47 years. And one who, all those years later, still wouldn’t know how to boil potatoes.