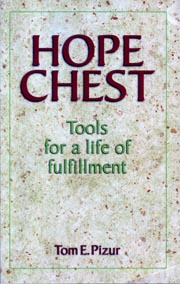 Pass It On
by Kitty Chappell
(excerpt below)

The air in the choir room was heavy with silence. The group collectively held its breath. Only the sound of the air conditioner broke the stillness with its gentle hum, pouring out cool, refreshing air that was suddenly needed.

Lisa stood motionless. Manicured from her golden hair to her stylish shoes, she was an attractive woman who was not growing old without a fight. She waged a strong battle against this inevitability and appeared to be holding her own. Frozen into silence by embarrassment, she stood stoically-a gentle elegant statue. With wounded doe eyes, she stared helplessly in shock at Harry, the perpetrator of her pain.

Ruddy-faced and unaware of his abrasive effect on others, Harry waged his own battles. He fought a terminal case of hoof and mouth disease. Actually he rarely fought. Maybe it was because when he did put up a feeble fight, he usually lost. In typical fashion, Harry had interrupted a private conversation between Lisa and another female choir member as they planned a luncheon date to celebrate Lisa’s upcoming birthday.

“You are going to be HOW old?” he bellowed, loud enough to be heard in the parking lot. Harry’s question typically arose more from a desire to obtain fodder for his insensitive humor than from any real interest in her age. Lisa responded honestly. Following her response, Harry proclaimed loudly, “Well, what do you know-you’re nothing but an old grandma!”

Finally, I couldn’t believe it! After all of these years, here was the moment I longed for. A golden opportunity to pass a like kindness.

My mind raced back to another heavy moment in time. It was two o’clock in the morning. Final rehearsal. My husband Jerry and I were part of a musical group that was the highlight of an international convention. Arriving by plane only that afternoon, we had begun rehearsal shortly following check in at our hotel. Jerry and I were among a number who had not yet completely unpacked. After hours of rehearsing our choreography routine, the group was fatigued and suffered from jet lag. Nerves were on edge.

Our director was under pressure and short on patience. I had difficulty in perfecting certain steps in a particular medley. My musical partner and I had to repeat the routine a number of times as the group watched. I was exhausted. My mind was foggy, legs sluggish and my feet uncooperative. “Kitty, you are supposed to traipse-and lightly. You look like a plow horse!” the director bellowed angrily.

Suddenly time stood still as the stage fell silent. The director had often yelled at others in the group but never at me. I am one of those individuals who when yelled at will cry or leave. You may correct me with well-chosen words for I understand the King’s English, but don’t yell at me.

This group, too, had held it collective breath. All eyes focused on me. Hot tears fought to spill from my eyes, but my fear of humiliation held them at bay. I was frozen in place with indecision. Every fiber in me wanted to run off the stage. “This is it! I’ve had enough-I don’t have to take this. I’m out of here!” I screamed inwardly. But I didn’t move. I had a taste of how long eternity must feel.

I vacillated between thoughts of self-preservation and loyalty. How could I let the group down? We were to be back on stage in four hours costumed, energetic and smiling, ready for a breakfast kickoff production. Help, Lord, what do I do?

Suddenly, from the far side of the stage a jovial voice boomed out. “That’s okay, baby, you can plow in my field any time!” The room erupted with laughter. The tension broke. We completed the number and only hours later performed on schedule, with my perfectly-executed steps.

Bless Bob, he saved the day! He was one handsome baritone in whose debt I would be forever. Yet, I knew that we rarely have the opportunity to repay a kindness to its original donor. I could only treasure that timely rescue in my heart and pray for an opportunity to pass on his kindness to another. And here it was.

Stepping forward, I placed my arm through Lisa’s and announced loudly, “That’s okay, sweetheart. There are millions of us grandmothers who would give our false eye teeth to look as good as you do!”
After the laughter subsided, Lisa flashed a grateful smile that let me know my debt had been paid in full.