Kitty Chappell » Love is a Flame 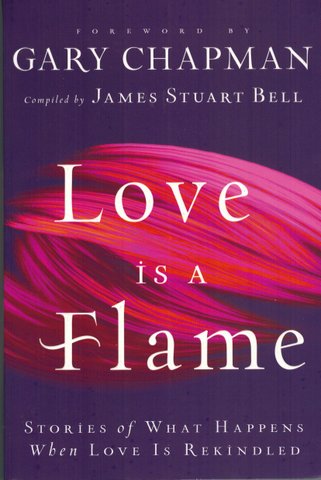 Give and You Shall Receive

by Kitty Chappell  “excerpt” excerpt below

I hung up the phone and fumed.

Why does Melissa always have to call and brag every time her “perfect” husband sends her roses?

Well, to be honest, she didn’t actually call me up just to tell me that—it was to ask me a question about something else. Then she told me about the flowers.
This subject just happened to be a sore spot with me. My husband, Jerry never sent me flowers—not even on my birthday or our anniversary. Oh, he always remembered those important days by giving me a special gift and taking me to dinner. But I wanted roses! Long-stemmed beauties standing tall and graceful in a lovely vase, set in a prominent place for everyone to see. Roses I could point to with pleasure, then announce proudly “These are from my husband.” I realized, however, that florist-delivered roses were expensive, and on our limited budget it was impractical to long for such frivolous acts. But roses were also available in local supermarkets, and our budget could certainly afford them.

The root of my problem was that I was a romantic at heart. I felt if a man loved a woman, he sent her flowers. And if he really loved her, he sent her roses.

You say my husband may not have known about that rule? Well, he should have. I’d certainly given him enough hints through the years!

Only the previous month I had exclaimed, “I am so excited for Alexis!”

The newspaper hiding Jerry’s face slid slowly down, just enough for me to see his eyes widen as he asked, “Why? Did she win the lottery?”

“No!” I answered. “Jim sent her a gorgeous bouquet of red roses today.”

“Why?” he asked suspiciously, rattling his paper.

“Hmmmm. I wonder what he did.”

“No, he must have done something bad and is trying to make it up to her.”

I glared at him. He shrugged and quipped, “Well, that’s what happens in the movies. Some guy cheats on his wife, feels guilty, and then sends her flowers.”
“Jim would never cheat on Alexis, and you know it,” I retorted. “Some men just happen to love their wives enough to do thoughtful things—like sending flowers”
“Seems like an awful expensive way to show their love. Why don’t they just tell their wives they love them?”

“I’m sure they do. They’re just evidently blessed with sensitivity greater than a donkey! They understand women enough to know what pleases them—unlike some men!”

Warming to the subject I decided to toss my biggest hint. “I know I would certainly be thrilled if . . .”

Before I could finish, Jerry’s cell phone rang. After talking for twenty minutes with his friend Bill about their upcoming golf trip, Jerry returned to his sports page. I sulked, but he never noticed.

Recalling my miserable failure at dropping hints, I thought, No, I’m not about to mention Melissa’s roses to him.!

Several weeks later, during a discussion about thoughtful husbands over coffee with my new friend Darcy, I admitted I had a great husband but he’d be perfect if he’d surprise me with flowers—just once! She smiled and said, “I always get flowers, even on days that aren’t special.”

Oh, no!—not another one of those women who have perfect husbands!

“That’s great!” I responded, suddenly turning green and sorry the subject had arisen.

After a long silence, she asked “Wouldn’t you like to know my secret?”

“Absolutely! If it works for me we’ll market it and make a fortune.”

She smiled broadly and said, “I get them myself.”

“You’ve got to be kidding! What fun is that? You really buy your own flowers?

“I love flowers, especially roses. But I want Jerry to buy them, order them from a florist or just pick some up at the supermarket and surprise me with them. I’d feel so special!” Shaking my head, I concluded, “I certainly wouldn’t feel special having to buy my own. I don’t understand how you enjoy doing that!”

“Well, I do. My Glenn is a good, hard-working man, a loyal husband, and loving father to our children. So he isn’t romantic in the flower department—I don’t care. Besides, I love flowers. I can’t grow them living in this townhouse, but why should I be deprived of their enjoyment just because they’re not from my husband? So—when I want flowers I buy them.”

Giving me a sideways glance she added, “The key is being able to do that without ruining your enjoyment by resenting the fact your husband didn’t get them for you.”

“Hmmm. I never thought of it that way. Guess I need to work on that idea,” I mused aloud, while thinking, Not on your life!

The next day I recalled Darcy’s comments. I had to admit that my husband was hard-working too, and when it came to being a good father, he won hands down.
Later that afternoon, while preparing Jerry’s favorite meal of roast beef, mashed potatoes, homemade rolls, and gravy loaded with mushrooms, I smiled as I recalled another quality that endeared him to me greatly.

For some reason I had the bad habit of running around barefoot after my bath instead of putting on my slippers. By the time I finally crawled into bed, my feet were like ice. Out of consideration I tried to keep them from touching him. But even if he was asleep, he roused immediately and said, “Honey, put your feet on my back so they can get warm.”

“No, they’ll freeze you!” I objected. But he always grabbed my feet and pulled them up onto his toasty warm back. I cringed with guilt when I felt him flinch. He never complained. Once my feet were warmed, I snuggled even closer to him as my heart flooded with fresh love and thought how most men would probably just snarl and say, “Keep those icy feet away from me! “Why don’t you wear your slippers?”

But not my man!

And when we went out he always made a point of telling me how beautiful I looked and how proud he was that I was his—words that any wife would love to hear.

Kitty Chappell, I chided, you have a wonderful husband! Darcy is right. What is the big deal if he doesn’t send you roses when he has all of these other wonderful qualities?
At dinner I ladled extra gravy over his mashed potatoes and kissed him on the head.

But I wasn’t yet cured of my rose cravings.

A week later, while shopping, I stopped in the florist section of the supermarket and admired a fresh shipment of long-stemmed roses. I had a sudden relapse and ached with longing, I wish Jerry would send me roses. Nudged by a sudden strong impulse, I reached for a dozen of the lushest red ones, enhanced with greenery and Baby’s Breath, and added them to my cart. At home, I arranged them in a beautiful vase and placed them in the center of the kitchen island.
As I put the finishing touches on dinner that evening, I heard the garage door open and wondered what I’d say when Jerry asked about the roses, as he surely would.

Maybe I’ll smile coyly and say, “They must be from a secret admirer—I don’t know who else would send me flowers.” Then I’ll smile sweetly to take the sting out of my intended rebuke.

Or maybe I’d just keep him guessing for a while—give him a chance to get jealous. He might even feel guilty that I had to resort to buying my own roses—and voila! He’d finally get the hint.

As Jerry walked into the kitchen, I turned to watch his expression. His eyes widened as they focused on the brilliant bouquet. “Who sent the roses?”

Fully intending to say “A secret admirer,” I was surprised at my response of “I did.”

Why did I say that—and now what do I do? I asked myself.

He stood there, puzzled. “Why would you send roses?”

Beats me! I thought. I was shocked further when I responded with “They’re for you.”

“For me?” he said, stunned. Gently running his fingers over their velvety petals, he stammered, “They’re beautiful—thank you.” A sudden twinge of guilt stabbed me in the heart.

Then I stood in amazement as I watched Jerry’s face suddenly crumple and tears form in his clear blue eyes. One brave tear escaped down his cheek as he shook his head and whispered softly, “No one has ever given me a dozen roses before.”
I was dumbfounded! Men like to receive roses from women? I thought that was something only women wanted from men! Too stunned to speak, I just stood there.
In one stride, Jerry grabbed me in his arms, his wet cheek brushing mine, and whispered, “I don’t know what I did to deserve this, but thank you so much, honey. I love you!”

The joy I received from giving Jerry those roses (even though I hadn’t intended to) far surpassed any pleasure I would have felt if I’d received them from him. I rejoiced during the following week to hear him tell his friends, in person and on the phone, “You should see the beautiful roses my wife gave me—a dozen of them!”

And thereafter, on every birthday, anniversary, and Valentine’s Day, I received a dozen beautiful roses from my open admirer—my “perfect” husband.
I learned two truths from this God-orchestrated event. One, it is indeed more blessed to give than to receive. And two, be willing to give what you really want from someone else, but never receive—be it praise, a kind word, the benefit of the doubt, or roses.
Kitty Chappell

* * *
One of the most loved and most quoted verses of Scripture is Luke 6:34. “Do to others as you would like them to do to you.” We’re taught this basic concept from childhood on. But how many times do we really think about employing it in our marriage? What would you like today? Someone to bring you a cup of coffee, to pamper you? Then perhaps you should do those chores for your spouse. Would you like someone to give you the gift of a listening heart, an encouraging hug, or a few words of praise?

As we give, we find out that we get blessings in return—maybe not in the same way they were given, but in most cases, we enjoy a renewed closeness and tenderness with the one we love.
- Editor